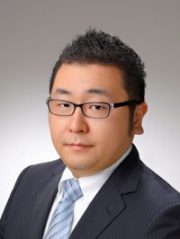 Shu Tanaka is a researcher at the Keio Quantum Computing Center. At KQCC, he focuses on theoretical studies as a basis for hardware and
software development of Ising machines, including quantum annealing machines and exploration of applications of such machines. In addition to this, he will continue to investigate optimization calculations and materials design using quantum computing.

He is currently an associate professor at Department of Applied Physics and Physico-Informatics, Keio University. In addition, he is a
visiting associate professor at Waseda University and a project manager of Information-Promotion Agency, MITOU target project. His
current research interests are in Ising machines, including quantum annealing machines, statistical physics, computational physics, and
materials science.