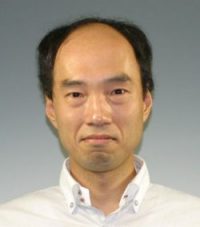 Masahiro Takeoka is a researcher at the Keio Quantum Computing Center and also a professor at Department of Electronics and Electrical Engineering in Keio University. His research interests include quantum information theory, quantum cryptography, quantum networks, and any new ideas combining quantum technologies and advanced information and communications technologies.

He received the Ph.D. degree in electrical engineering from Keio University in Kanagawa, Japan, in 2001. Since then, he has been in National Institute of Information and Communications Technology (NICT), Tokyo, Japan until March 2021. During this time, he has also worked in Ministry of Internal Affairs and Communications (MIC) in Japan as a Deputy Director (2011-2012) and Raytheon BBN Technologies in USA as a Visiting Scientist (2012-2013).

He joined Keio University on April 2021. He is also a Research Executive Director of NICT, Japan and an Associate Member of the Hearne Institute for Theoretical Physics, Louisiana State University, USA.