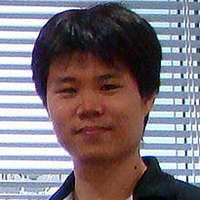 Naoki Yamamoto is the Chair of the Keio Quantum Computing Center. At KQCC, his research centers on hybrid quantum-classical optimization and machine learning algorithms for use on noisy intermediate-scale quantum devices, and on methods for analyzing the performance and fidelity of such machines.

Naoki Yamamoto received his B.S. in Engineering (1999), his M.S. (2001) and Ph.D. (2004) in Information Physics and Computing from the University of Tokyo in Japan. From 2003 to 2007, he was a Research Fellow at the Japan Society for the Promotion of Science. He was a postdoctoral fellow at the California Institute of Technology from 2004 to 2007, and at the Australian National University from 2007 to 2008.

He is currently a Professor at the Department of Applied Physics and Physico-Informatics, Keio University. His current research interests are in quantum engineering including control, system identification, and filtering in the quantum information context.